First Place Win With Our Pattern! - Sunflower Cottage Crochet
Searching is in progress

First Place Win With Our Pattern! 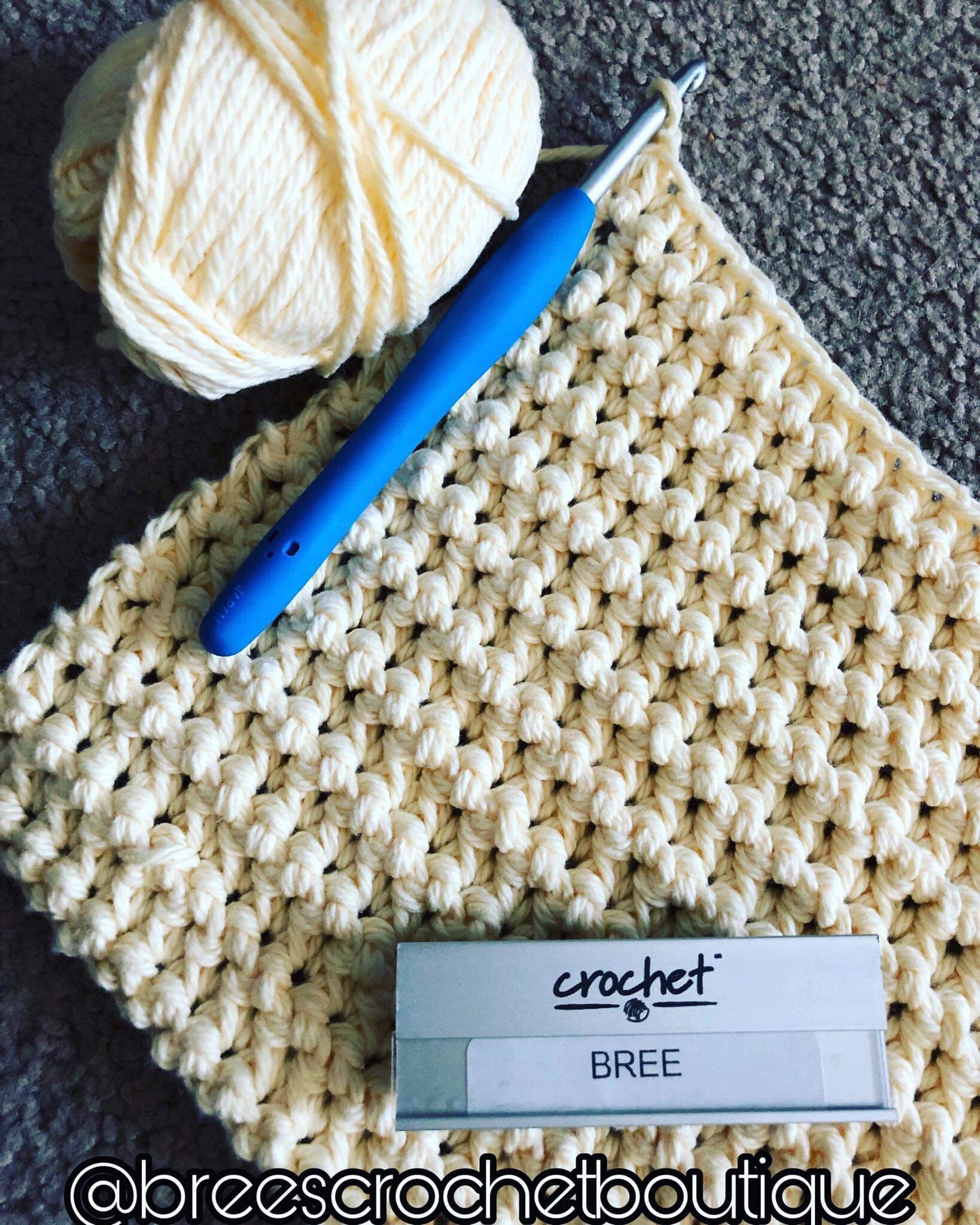 Our Farmhouse Dishcloth pattern was used to get a 1st place win at a county fair! 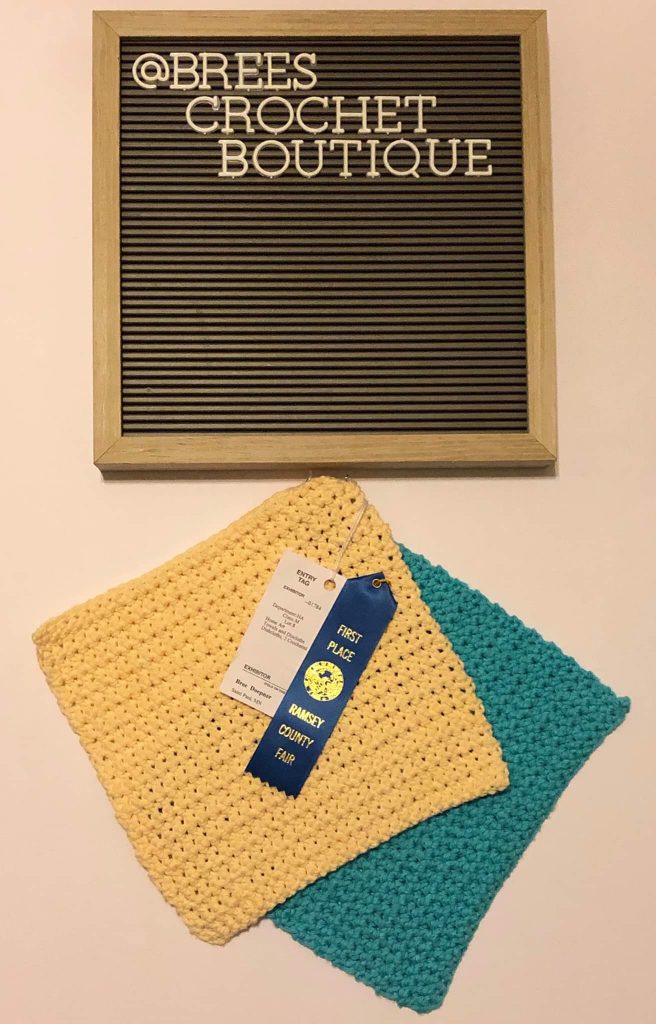 When we released the free crochet farmhouse dishcloth pattern, we didn’t expect anyone to use it as an entry to a local fair.  Much less win–and win FIRST PLACE!

I was super excited when I saw Bree’s post on our Facebook page (link here).  She had posted a picture of the cloths and their blue ribbons.

At first, I just saw the blue ribbons and was like, “that’s awesome!! You do such nice work!”  Then I looked closer at the cloths…..

It was our Farmhouse Dishcloth crochet pattern!

I was so excited that I had to ask Bree for a short bio and some pictures to go with it of her winnings.  She was all too happy to oblige!

Hello, I’m Bree from Bree’s Crochet Boutique.  I live in Minnesota and I learned how to crochet from my grandmother, Louise.

She bought me a set of hooks and a “how-to” book for my 34th birthday.

I started with dishcloths of course and learned how to crochet hats from a co-worker, early on.

Then I discovered Aigurumi and made my first one for my niece in 2013.

For the last couple of years, I have also had the opportunity to test patterns for a handful of pattern designers.

I am also a Craft Yarn Council Certified Crochet Instructor.

I was introduced to Minnesota’s CGOA (Crochet Guild of America) Chapter “Crochet TwinCities”.  I loved being with like minded fiber artists, so I joined the next year.  It was there that I learned about entering crochet items into our local county/state fairs.

Last year (2018), was the first year I entered.  One of my early pattern testing opportunities was an Amigurumi Tiger.  He won two blue ribbons!!

Fast forward to this year…

The first fair of the 2019 season was the Ramsey County Fair.  I entered into 6 categories, one of which was “Towels and Dishcloths for the Kitchen”.  I had made a handful of them over the spring, so I was just going to enter a couple of them.

Then I came across Sunflower Cottage Crochet’s design for the Farmhouse Dishcloth.  I looked at the pattern and noticed it was for a stitch I had never done before, the paired single crochet, so I gave it a shot!

The pattern was amazing and had great texture!  I ade another and decided the day before bringing my items to the fair for judging, that i was going to enter these instead.

I went to the fair the first day and to my surprise….

There it was, a blue ribbon, hanging from the dishcloths!!  I also won 4 other blue ribbons, a 2nd pace, and a Grand Champion in the other categories I entered!!

In a couple of weeks, I will be entering the Farmhouse Dishcloth into second county fair as well.

We love to see people succeed

It’e even more exciting when it’s something that we designed.  I never imagined that something so simple would go so far.

This Farmhouse Dishcloth has over 340 downloads from Ravelry alone!  There must be something to it!

If you missed out on the pattern, I provided a link in the story.

If you missed out on the tutorial for the paired single crochet, I provided a link in the story for that, as well.

I also included a link to the Ravelry PDF free download.

We hope you will share in our congratulations to Bree’s winnings, and be sure to take a look at her Facebook page and join our crochet group–all links to these are included in the post. 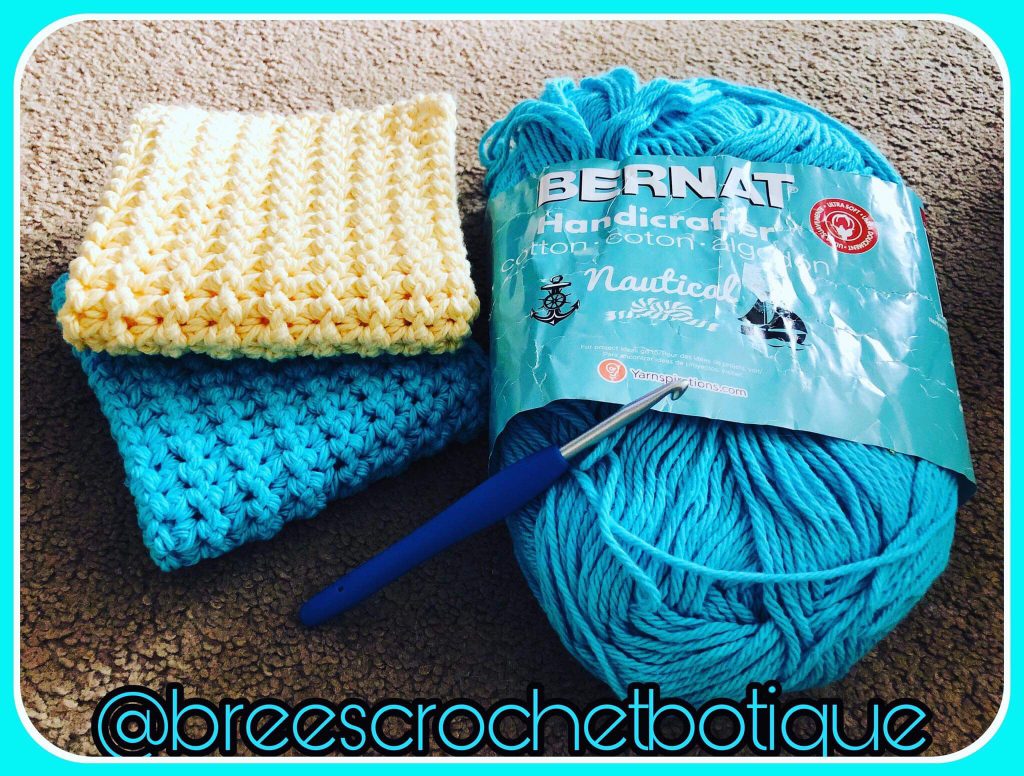 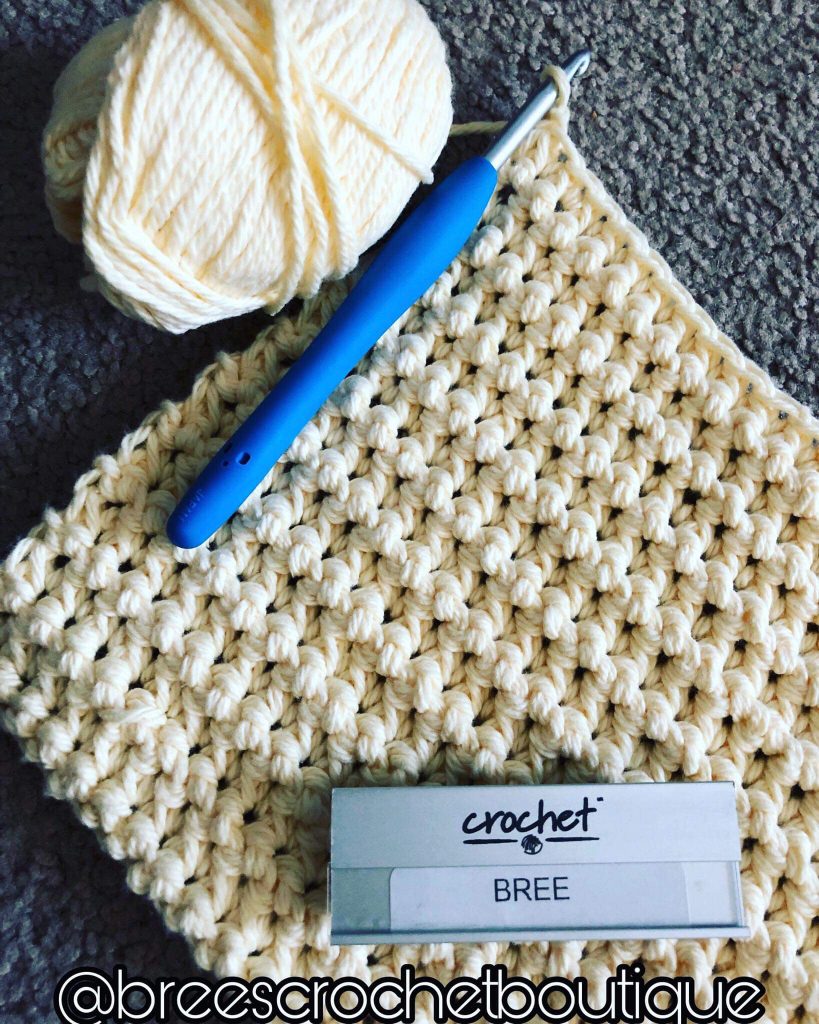