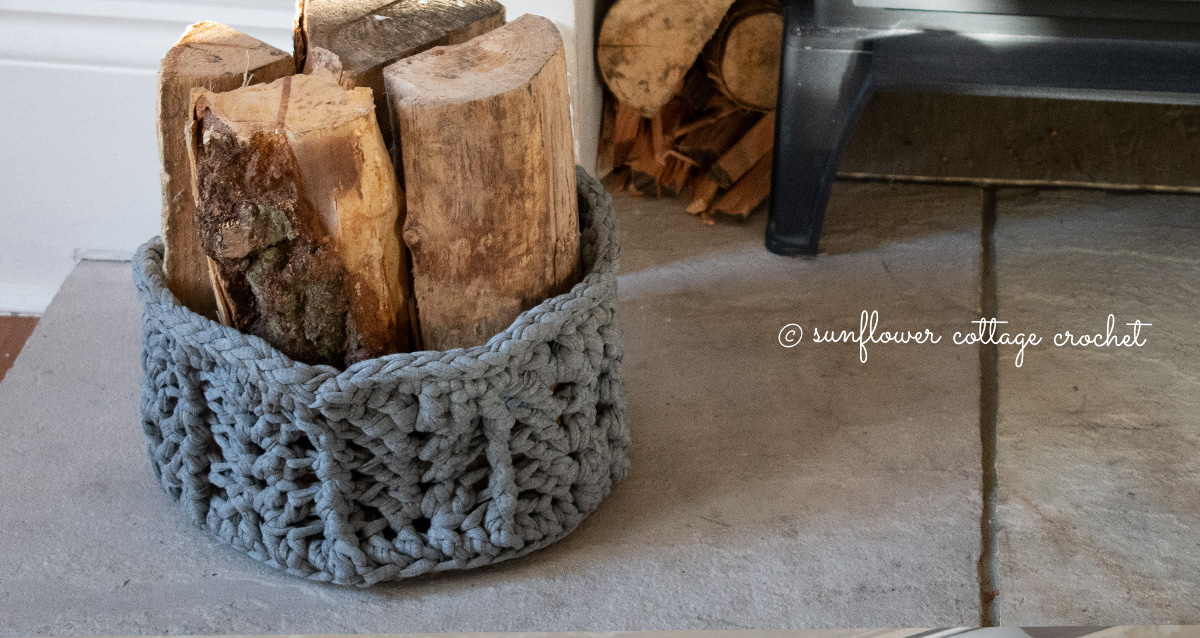 I needed a handy storage basket so why not write it up as a free pattern? We had recently had a log burner put in and I needed something pretty to keep the logs in. I had also just gotten my first order of Hoooked Zpagetti and was looking for a good project to try it out with.

Yes, I was really late to the recycled jersey / t-shirt yarn party! I have been inspired by Knitz and Purlz and I have been loving seeing her jersey yarn and watching her create some gorgeous things. Every time I saw one of her posts it reminded me to make a storage basket.

Originally I wasn’t going to write this pattern up but I put a photo on IG and some people said they would love to check the pattern out. So it has waited for a couple of months (or 4!) until I could get it written up and tested properly.

You can follow us on IG by clicking the button below.

I liked the storage basket so much I made another one in white for my bathroom. It would also make a great gift basket for someone filled with toiletries or yarn! 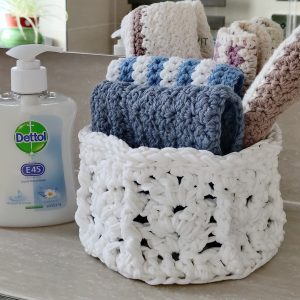 If you would like an ad free pdf version of this pattern you can find it in all of the usual places:

Gauge is not important for this project

Using a 15mm hook my basket was 10.5” in diameter by 6.5” in height – my testers found that when they did one of each they nested perfectly!

You can find our video tutorial on the fpdc at https://youtu.be/nmWe76Y4v08 – right handed version

For the bpdc visit https://youtu.be/hTPKAPQblkE

Note: the taller this one gets the less stable it appears because of the stitches used.

And voila! A gorgeous storage basket for your home!

On Friday 26th February 2021 we offered  this pattern as a free pdf as part of the Bring on Spring event hosted by Through The Loop Yarn Craft. If you would like to see what other patterns were included in this event and get some inspiration you can click the button below!

We would love it if you shared your makes with us. You can also like our Facebook page or join our Facebook Community Group by answering the 3 simple joining questions: 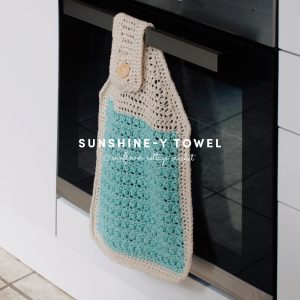